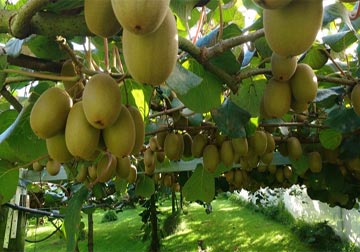 The Kiwifruit Claim has lodged a cross-appeal in its case against the New Zealand government, according to NZ Herald.

The move comes just two weeks after the government moved to appeal a High Court ruling that found the Ministry of Primary Industries (MPI) was negligent in its duty to prevent the outbreak of the Psa-V disease in 2009.

The NZ Herald report said the Kiwifruit Claim’s cross-appeal would seek to confirm that Biosecurity New Zealand (which has since transitioned into MPI) failed to inspect a Psa-infected shipment of plant material, thus proving it acted negligently. The cross-appeal also challenges a ruling that MPI did not owe a duty of care to post-harvest operator Seeka, a co-claimant in the case.

John Cameron, chairman of the Kiwifruit Claim – a group representing 212 members of New Zealand’s kiwifruit sector – said growers were “gutted” by the government’s move to appeal.

“We are confident in the High Court’s decision, and believe the government is taking a massive risk in appealing the judge’s clear findings,” Cameron told NZ Herald.

“We remain committed to fighting the government and MPI for growers to be properly compensated for the losses MPI has caused.”

In a statement announcing their decision to appeal, MPI said it would seek to clarify the scope for government regulators to be sued in negligence. It also said it would make no further comment while the appeal process was underway.